A brief history of YYY Foundation 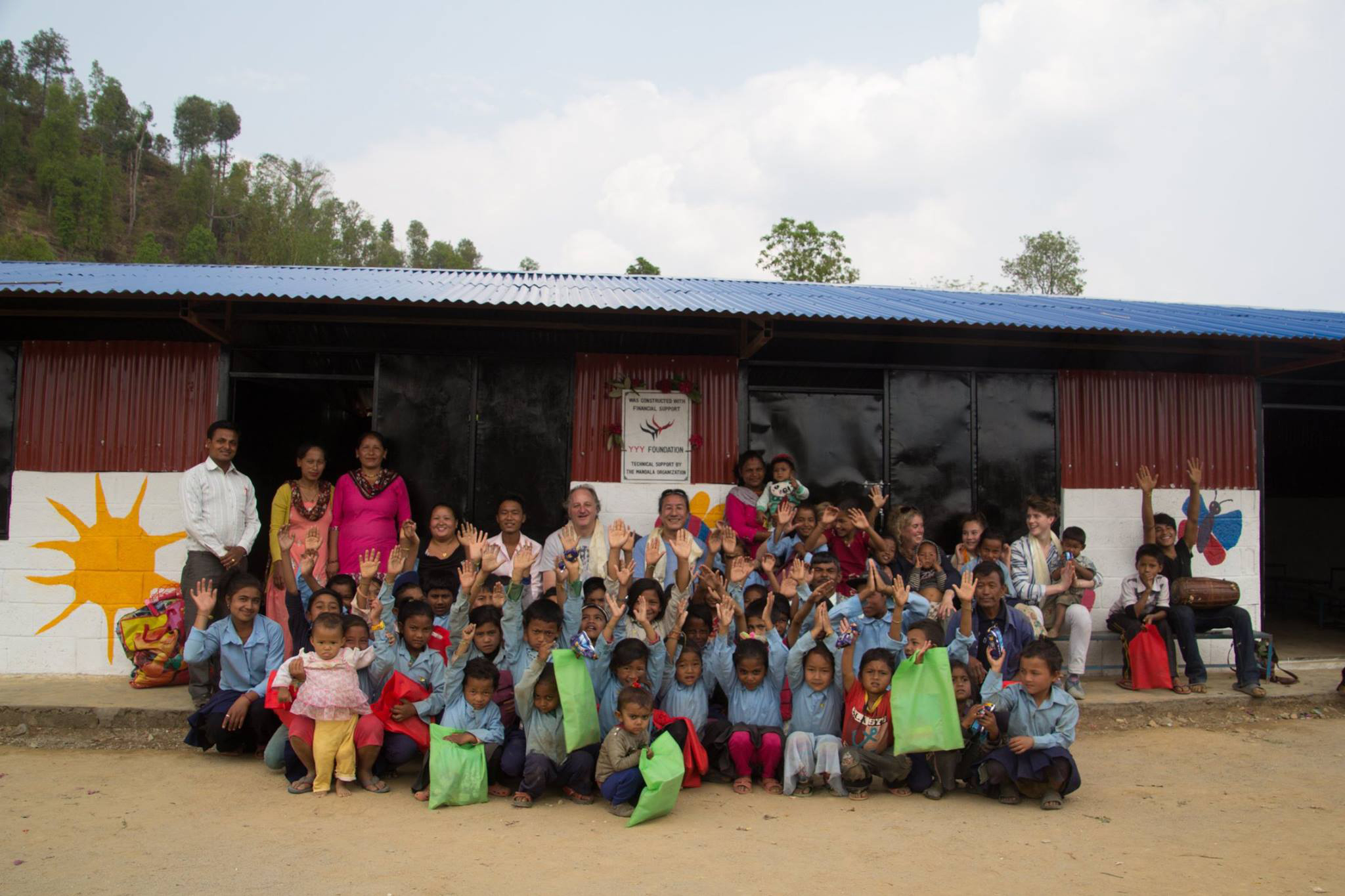 In the beginning it was simply a matter of friends and family giving money to help in Nepal, followed by fund raising and has grown from there into a registered charity targeting help to the poorest and most marginalised castes in Nepal.  We aim to work in partnership with local communities, to help them to become self sustained and avoid the aid dependency trap.  We are currently working on building schools and social housing.

Our work in Nepal is supervised by The Mandala Organisation a local NGO run by people we have known for many years through our work in adventure tourism and expedition leadership.

We have jointly completed 42 schools at Siranchour in Sindupalchowk and Chumlingtar in Gorkha.  We have built a further 4 schhols and are working towards a sustainable future for them all.  We have bought and handed over building land to another school in Ukhubari in Sindupalchowk and are now in the final planning stages of a community centre in Hagam.

I was born and grew up in Armala, a village overlooking Pokhara in Nepal.  Much of my early childhood was spent running around barefoot and attending the village school. Later I was educated at St Francis in Luknow before going to college in London.  Working for Himalayan River Exploration, I spent several years travelling around Nepal before moving to the UK and setting up Baba Boutique, a Nepalese clothing and handicraft business.  In 2003 I set up Yak Yeti Yak a Nepalese restaurant in Bath, with my wife.  My heritage is deeply embedded in the business and I am pleased to still be active in helping the Armala community.

I grew up in the Midlands, North Wales and Guernsey, my childhood was spent playing on the farm next door and at the seaside where I spent long summers with my Grandmother.  Hardly surprising that I developed a love of travel, it was my love of travel that first took me to Nepal where I was lucky enough to find work at Tiger Mountain and Himalayan River Exploration.  I met Sera in 1992 and together with our children we try to return to Nepal at least twice a year.  We set up the Foundation in the aftermath of the 2015 earthquakes when visitors to our restaurant wanted to pledge donations to help.

I spent six weeks in Nepal in 1990 and have retained a strong interest in the country ever since.  My family and I have been regular visitors to Yak Yeti Yak restaurant in Bath over the last 15 years, so I was delighted to get involved in setting up YYY Foundation as a charity with the Gurungs in 2015.  My background in finance places me well to look after the financial and administrative aspects of the charity.  I am also working with the Pituitary Foundation, another charity based in Bristol.

I have known the Gurungs for over 20 years and I have always found their commitment to the Nepalese communities both at home in Bath and in the country of Sera's birth inspirational.  When disaster struck in 2015, I was keen to offer any help and support I could.  Constructing a website has enabled me to use my day job skills and bring YYY Foundation into the public domain. I was delighted to join as a trustee at the beginning of 2016 and paid my first visit to Nepal in early 2017, nearly two years on from the earthquakes.  While much rebuilding has been achieved, there is still a vast amount yet to do, not least for schools in remote regions, many of which are still cut off from aid.

Our Partners in Nepal

The Mandala Organization is a respected and trusted Non-Governmental Organization in Nepal focusing on re-building and sustainable development.  The organization was set up in the aftermath of the 2015 earthquakes by Mahendra Thapa a long time friend and colleague of Sera & Sarah.